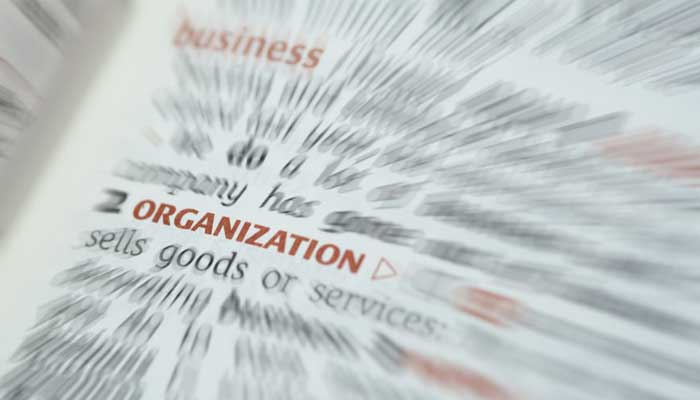 ACH (automated clearinghouse)ACH, the Automated Clearinghouse, is the electronic network that processes large batches of electronic checks and payments with settlements taking 2-3 days. Examples of ACH payments include the direct deposit of your paycheck, cyclical automatic payments of bills to vendors as well as direct debit payments. The organizations that use the ACH network settle and clear through the automated clearinghouse.

An acquiring bank is a financial institution that provides merchant accounts and processes credit and debit card transactions on behalf of a merchant. A merchant account is a certain type of bank account which allows you to accept credit cards. All merchant accounts must be sponsored by an acquiring bank that is a member of the card associations (Visa, MasterCard, American Express, etc…). They are responsible for depositing the funds into your checking account.

An address verification system is when, during the authorization of a credit card transaction, the issuing bank compares the cardholder’s address on record with the cardholder’s billing address (number, street, zip code).

The six-digit code sent by the credit card issuing bank to the merchant upon the approval of a transaction.

A credit card issued by Visa or MasterCard is called a bank card, because it is issued by a bank through Visa and MasterCard. Credit cards from American Express and Discover are issued directly to the credit card holder.

An assembly of one day’s worth of transactions. Rather than combining batches throughout the day, terminals and payment processors assemble all the day’s transactions and submit a batch at the end of the day.

The owner of a credit card during a sale is also known as the card holder.

A demand by the credit card provider for a retailer to make good on the loss in a disputed or fraudulent credit card transaction. Successful chargebacks by consumers results in chargeback fees assessed to the merchant.

Clearing is the exchange of financial transaction details between the acquiring bank and the issuing bank to facilitate posting of a cardholder’s account and reconciliation of a customer’s settlement position. Clearing and settlement occur simultaneously.

A plastic payment card issued to consumers (card holders) as a way of paying for goods and services. Credit cards come with a predetermined spending limit and expiration date.

The comparison, or ratio, on which one country’s currency can be exchanged with another country’s. For example, one U.S. dollar would convert to 0.89 Euro. In a transaction, the currency is converted into that of the issuer.

The CVC2/CVV2 is a three-digit security code that is found on the reverse side of a credit card. It appears in reverse italics above the signature panel at the end. This security program – started by Visa and MasterCard – ensures the cardholder is in possession of the card during a transaction. American Express has a four-digit security code on the front of the card while Discover Card’s three-digit code is similar to that of Visa and MasterCard.

A secure database containing bogus credit card numbers: fraudulent, stolen and those involved in chargebacks. When a credit card number has been placed within our ‘declined’ database, they are voided for future use with any Instabill merchant.

A small percentage an acquiring bank charges a merchant for the right to use their merchant account.

A paperless transmission of funds originating from a terminal, computer or telephone.

The process of checking card validity by utilizing either of the following tasks:

A type of bank account that allowing merchants to accept credit card payments online that, unlike traditional merchant accounts, do not require a cardholder’s signature. Because a signature is not necessary, internet merchant account businesses are typically classified as having a higher risk profile.

A merchant that accepts credit cards online, by telephone or through the mail.

The bank that issues the credit card to the customer and transfers funds to the seller’s merchant account when the card is utilized by the customer. The issuing bank then debits the cardholder’s credit card account for the amount of the purchase.

Transactions initiated by a consumer using the telephone or postal service instead of retail terminals or online.

A retailer, company or corporation that accepts credit cards as payment.

A type of bank account used to receive the proceeds of credit card transactions. The merchant’s bank is responsible for taking payment from the consumer and depositing them into the merchant account.

The bank that provides merchant accounts to businesses and merchants, thereby giving them the ability to accept credit cards. The merchant bank is the same or similar to an acquiring bank.

Merchant providers either have their own system of validating and processing transactions, or they serve as third-party resellers of processing systems.

MID is an acronym for merchant identification number, a number assigned to a merchant to identify the merchant to the ISO, payment processor and acquirer.

If the merchant’s monthly sales result in his paying discount rate fees less than the agreed minimum monthly amount, the merchant is responsible for making up for the deficiency.

A company, such as Instabill, that performs the actual processing of a payment – a credit card, ACH or MOTO transaction – separate from the merchant account or acquiring bank which merely acts as the recipient of the transaction proceeds.

The physical machine that enables a merchant to swipe or insert a credit card to facilitate a transaction. POS machines are mostly common in retail stores and environments.

A transaction for which authorization was received at a prior time.

The gateway which automatically collects the details of a transaction and transmits them to your acquiring bank. The processing gateway allows for automated real-time processing. Examples of such include Cybercash and Authorize.net

A payment solution – whether it be a POS terminal, software or virtual product — which enables the merchant to transact with his merchant account and payment processor, for the purpose of verifying and approving payment transactions.

Credit card processing performed in real time and online while the consumer is still viewing the website.

A repeated transaction – used in subscription services – in which the cardholder has given a merchant permission to periodically charge the cardholder’s account. An example of such could be Netflix, a magazine subscription or a predetermined, recurring bill payment.

An alert message displayed on a point-of-sale (POS) terminal when electronic authorization is denied and must be authorized by calling a voice authentication center.

A percentage of a merchant’s funds in a merchant account held by the merchant account provider as security for future contingencies, usually chargebacks and returns. Reserves are usually required only from certain high-risk merchants.

A secure internet standard practice which ensures cardholder information is safe during the online payment process.

The process by which authorized transactions are sent to the processor for payment to the merchant.

A plastic card, similar to a gift card or prepaid card, with a computer chip that can contains a dollar amount available for all purchases.

The unique number given to a credit card transaction device (such as a POS terminal), identifying the merchant’s equipment to the processor and bankcard data transmission networks. A TID is also used to identify other software applications such as payment gateways.

A per-transaction charge – such as $1 or as low as $0.25 – that a payment processor imposes on merchants for each processed transaction.

A telephone or mail-order transaction after which the credit card processing is completed online by the merchant. The consumer gives his credit card details with the merchant, who processes the orders manually at a later time.

When a transaction is authorized, but later reversed before settlement. Settled transactions require processing of a credit in order to be reversed. A void does not remove any hold on the customer’s open-to-buy.

* These fields are required.